Origins of Our Club. 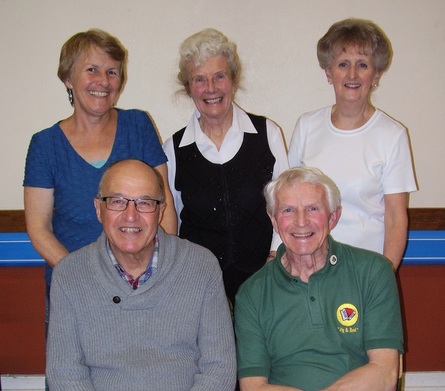 The Club started because the Withiel Club of which some of us were members had to close due to the lack of support.  We were asked if we could find a more central and easily accessible venue by several members.  So, Jenny, Alan, John, Judith and Beryl did some homework and came up with Fraddon.  Alan offered to be Treasurer and Jenny and Judith agreed to organize everything else between them.  Beryl was happy to continue calling, as she had done previously at Withiel.  John and the band said that “Jig & Reel” would provide the music, using the opportunity to practice with a caller and dancers at Fraddon, much as they had done before at Withiel.

With help and continued encouragement from Beryl they have achieved the standard which we all enjoy today.

The Club held its first dance in April 2012 with the idea of “trying it for a year”.  Much to our delight it has proved successful and in the main is well attended.  We decided to continue and as the Club is now "up and running" we should have our own Constitution.  This has now been put into place along with a committee which can be called upon to help in the running of the Club.
Powered by